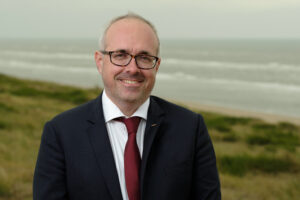 My name is David Schieber.

My experience with Data began in college studying Physics at UNC Chapel Hill. I’ve been in the Business Intelligence world since 2001 when I started at MicroStrategy as a Technical Support Engineer. Within a short time, I moved on to being a senior member of the Web Interfaces team in support, and then into the role of Premium Support Engineer – working closely with several of MicroStrategy’s largest customers and managing their entire support experience.

In a few short years, I was promoted to Lead for the Web Interfaces team in support. A year after that I began a simultaneous two year stint as the Manager of all MicroStrategy Technical Support across the Asia Pacific region. Managing teams in the US, Tokyo, Seoul, and Singapore I got to see a wide variety of applications across the globe.

In 2008, I moved to consulting and to the Netherlands, where I’ve lived ever since. I worked at a variety of The Netherlands’ and Europe’s largest customers, and spent brief periods as the lead OEM consultant in the region, and focused on one of MicroStrategy’s early Data Discovery tools. I left MicroStrategy as a Principal Consultant at the end of 2015.

Following work as Manager of Business Intelligence at Gaastra McGregor, a fashion chain based in Amsterdam, and a brief temporary return to MicroStrategy, I opened Barefoot Data Science in July of 2017.

Can you work here?
I can legally work anywhere in the United States or the European Union.

My goals:
I like seeing a well run organization getting their data in a format that works for them. To me the idea of having data that can’t be accessed, is unnerving.

In all dealings, the goal is:

Data Science vs. Business Intelligence
Data Science and Business Intelligence have their connections, but are separate disciplines. As you can see from my profile, I’ve been more focused on the Business Intelligence side of things for a long time. But, in addition to having that wealth of knowledge related to business operations and reporting, I am also a highly technical person with a degree in Physics who is interested in the underlying technology, numbers, and analysis. So, I chose Data Science for the company name because it gives a broader definition of the kinds of work I can do and be involved in.

Also, there are fewer letters in the name Barefoot Data Science than there are in Barefoot Business Intelligence, and I like the efficiency boost that provides me with in filling out paperwork.

Why Barefoot?
I chose the name for several reasons. I wanted a name that invoked nature, because I see a data environment as working like a natural environment. Data is a necessary part of any business, and it’s essential that it flows to the right people in the right format, or part of the business could be harmed. And if part of a business has issues, the trouble spreads. So it’s important to make certain that data can flow the way it naturally should.

To me, that mentality is what the name Barefoot represents.

Of course, the name was also available, easy to say, easy to remember, and it seemed like making a logo would be easy, as well. But, I suppose I shouldn’t be that transparent.